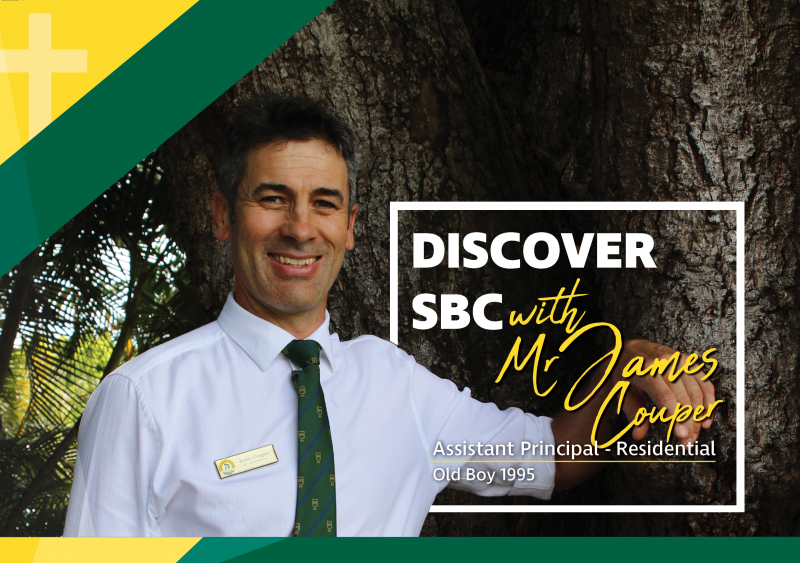 James is one of four brothers who boarded at St Brendan’s in the ‘90’s along with Dave (91), Matt (93) and Tom (99). James and his brothers are originally from New Zealand but migrated as a family to Australia in the late 80’s, settling in Clermont.  James remembers his years at the College as a time surrounded by a brotherhood of boys from across Australia and Papua New Guinea.  This rich geographic and cultural diversity offered by an all-boys boarding school was something he wouldn’t have experienced otherwise.  He made friends here that have been lifelong and have withstood time and distance.

James immersed himself in the cricket program the College offered as well as Rugby Union and remembers travelling to Fiji and New Zealand, captaining the First XV in his Senior Year.  Some of  the fondest memories James has of boarding, include the games of touch footy on pool park under lights, Saturday night movies in the outdoor theater and the weekly Sunday Mass & Assembly in which the whole boarding community gathered in the old College Chapel all dressed in their formal uniforms.  It was a time to gather together as a community in friendship and peace, adding to a strong sense of belonging.  James ended his education at the College on a high, receiving the ‘all-rounder award’ in Yr. 12.

‘I certainly feel deeply privileged to now be in a position to actively contribute to a community that gave me and my brothers so much as young men.’

James comes to St Brendan’s College after seventeen years at Marist College Ashgrove where he was Head of Residence, Assistant Head of Boarding and then Head of Boarding.  James has had time living abroad and comes to us refreshed and ready to add value to our thriving boarding community. He would like the boarding community to know that his door is always open. He believes transparency and communication are essential for his role in making sure the boys feel like the College is their second home and cannot wait to get to know the boys as he settles into his role as Assistant Principal – Residential.

Welcome Mr Couper, we are looking forward to having you as part of our vibrant school community.