Home
The power of three decades of service to SBC music

The power of three decades of service to SBC music

It was 1982; Olivia Newton Johns’ Physical and I Love Rock n Roll by Joan Jett were at the top of the music charts when a young male piano teacher arrived at St Brendan’s College, Yeppoon to teach music in a small room at the bottom of the ‘Tower’.

Mr Jack Ingram, St Brendan’s College’s renowned Head of Music, commenced as a casual music teacher under then Principal Brother Bob White, and over 37 years has shaped the music program with a commitment to fostering a love of music in students and ensuring the greatest number of students experience music education.

As Mr Ingram’s experience grew in those early years so did his approach and today the College music program and facilities are Central Queensland’s most inclusive, modern and state-of-the-art, including a recent $350,000 upgrade to its 788-seat performing arts centre.

“The education system at that time was saying you can only teach two to five kids, and you can’t teach mixed instruments, and I thought, hang on you’ve got a degree, surely we can make a system that works,” Mr Ingram said.

“I was convinced you could do large classes which then created equity; it was that Edmund Rice ethos which has been the driving force behind music at St Brendan’s College, and I resonate with that ethos and equity for all.”

“In later years, Principal Brother Grundy wanted to put music in the classroom and I was fighting that; arguing that unless we made it relevant to the boys, it was not going to work; I didn’t want desks and recorders and ukuleles.”

Mr Ingram studied further to continue to develop the inclusive, full participation strategy to which St Brendan’s College abides by today, with training from Trinity College in London and education in Australia; a Graduate Certificate, a Graduate Diploma, a Masters in Instrumental Teaching and Conducting.

“How do we make the musical experience of one term something that gets students hooked on music?” he said.

Today, Year 7 students have three classes per week of music, experiencing a range of instruments from cajons to drums, guitars, clarinet and trumpet to give every student a taste of music, and more than 50 per cent of students at the College participate in some form of music instruction.

“Music is an innate thing inside of us that makes us human; and St Brendan’s recognises that music education is vital for what it teaches us.”

“You come and look at our Grade 9 Contemporary Music class, with 25 kids, four kids on bass, six kids on drums, a couple on keyboard; they have to learn to listen to each and cooperate; you can’t teach these things, you have to experience them; and that’s what a workplace is; it’s all these people learning to work together.”

“Across our school there is strong support for students who do music: if he goes to music, he will come back to class better; music uses all parts of the brain and brings it all together.”

“We don’t measure success by the boys reaching a Grade 6 AMEB exam or going onto uni to study music: yes, if some of the kids want that, then we will do everything we can to support that and we have a number of students that go down that path.”

Mr Ingram has countless stories of SBC students he has taught over the years; from the high flyers in the media, to those men who continue their love of music either as a profession or as a part-time passion.

Another story is of Blayne Kingston, an SBC Old Boy from 2010 who credits the SBC music program for his employment as a pilot for Rex Air in New South Wales today; to Mr Ingram’s encouragement for him to stand on a stage with confidence singing or playing his tuba, to present himself well and sell himself at interviews.

It is these and many others that further justify the importance of music education at St Brendan’s College, and it is a topic that Mr Ingram is extremely passionate about, as he sees students who excel in music in the younger grades choosing other subjects at subject selection.

Mr Ingram has an appeal for parents to support students as they consider subject selection later in the year; to look carefully at the subjects their students are doing and see where they are excelling.

“It’s parents looking carefully at the subjects their son is doing and saying: if he enjoys the creative arts subjects and is doing well in music in the junior years, then let’s encourage him to continue to develop that creativity and confidence by doing music,” he said.

“Or to the boy playing multiple after school sports and doing a sports subject at school, why not consider and pursue a new challenge by experiencing music education?”

“It’s about giving students the power to develop their talents in an area which gives them additional choices for their future.”

“That’s what music can do; and that’s the power of music education, teaching not just music, but spatial awareness, creativity, cooperation.” 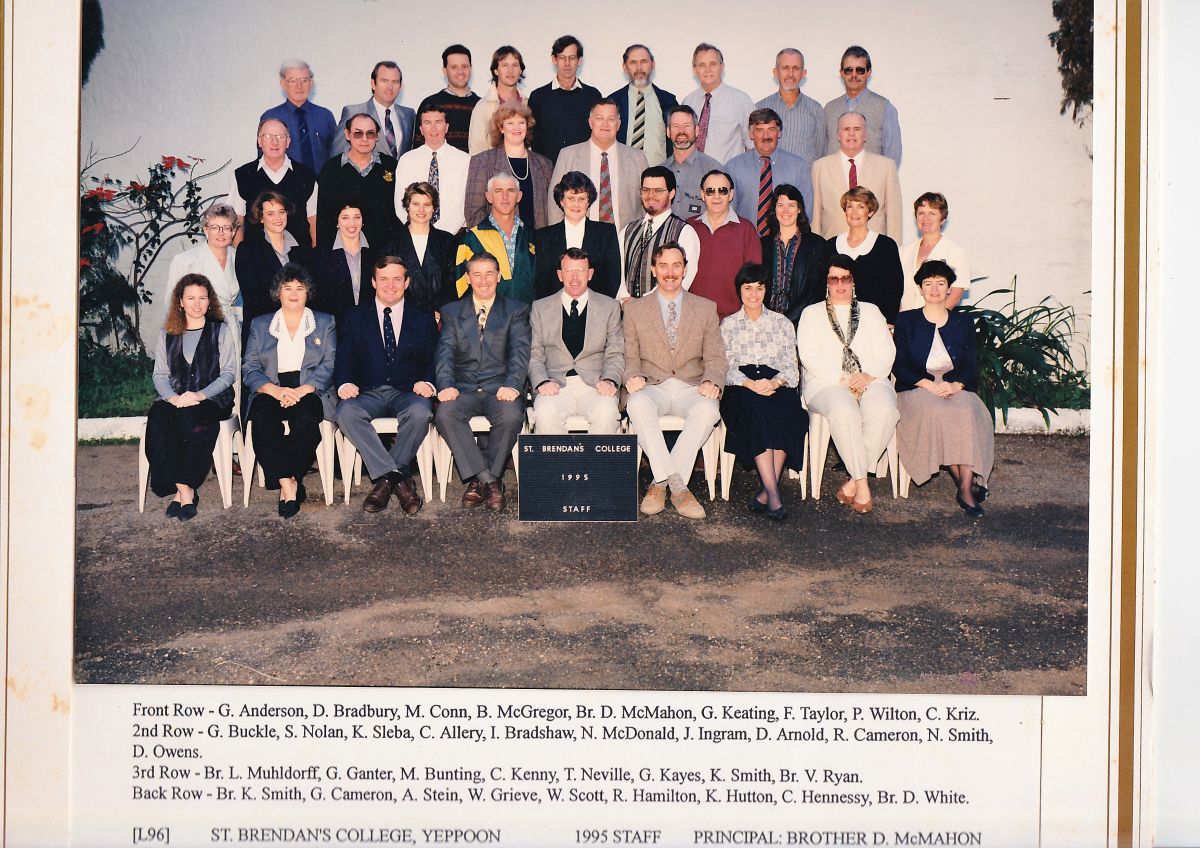 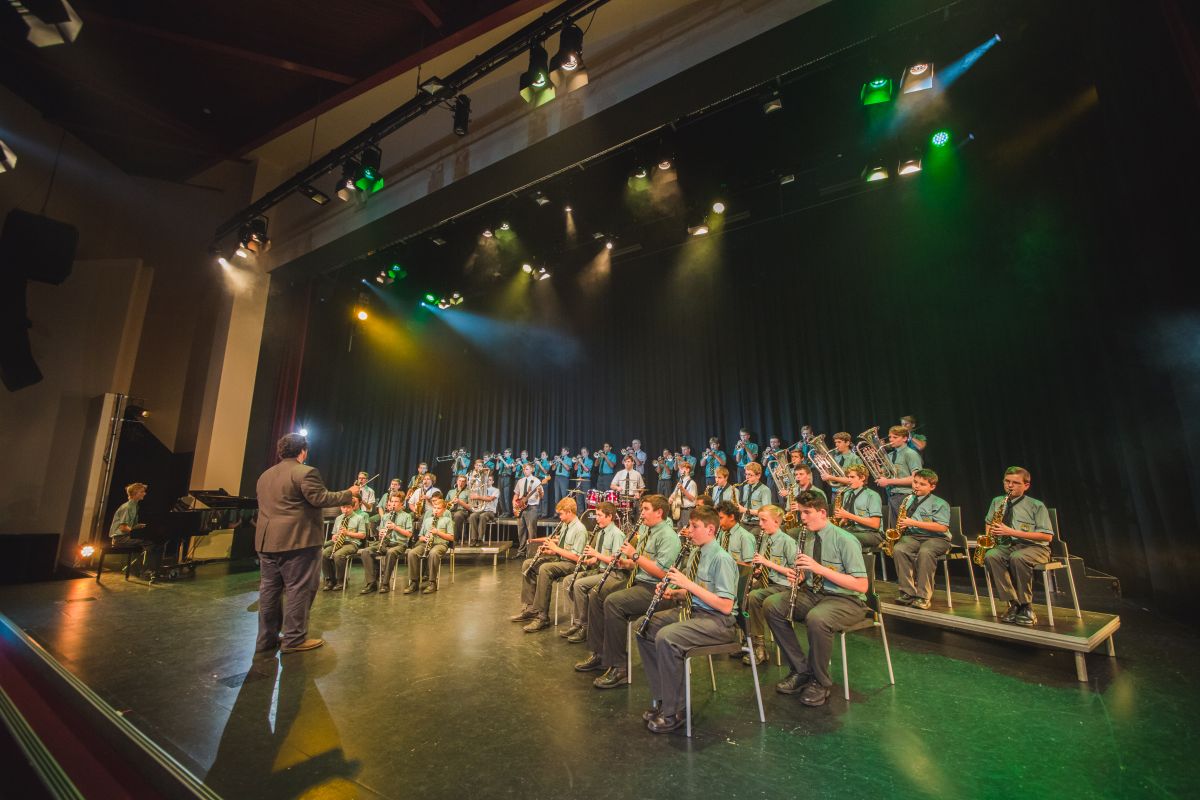